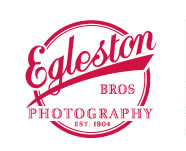 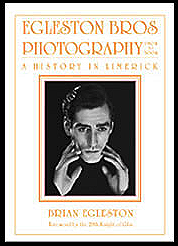 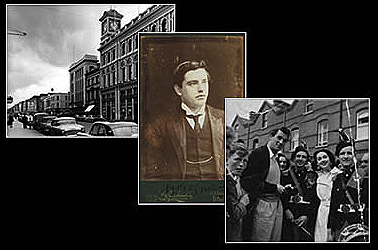 This publication offers the discerning reader, the bibliophile and the dedicated collector a unique view of Limerick, the City and County, its people, buildings and streets as the capricious vicissitudes of history and pliant vagaries of fashion unfolded over the past century before the lens of THE EGLESTON STUDIO, the oldest original family-run photographic studio in Ireland. Most of the photographs in this book have never before been seen by the public though a very few of the earlier images have found their way into private and other collections and thus have appeared in previous publications.

Photographs of events include, among others, such luminaries as Eamon deVelera (both as Taoiseach and President), Count John McCormack, Rock Hudson, Burl Ives, Jacqueline Kennedy, Senator Edward Kennedy and President Richard Nixon. A feature in the book is a sequence of men in uniform, in both the British and Irish armed forces, photographed during the Second World War.

Few, if any, studios in Ireland could assemble, in a centenary celebration, a collection of photographs of this nature with its emphasis on award-winning studies and portraits of beautiful Limerick women interspersed with photographs of events, streetscapes, celebrities and sportsmen.

Of unprecedented quality, this eminently collectable book, designed, researched and written by brothers Niall Egleston and Brian Egleston, will, doubtless, occupy a prominent space on the shelves of every thinking Limerick person.

An ideal gift, the book will be signed by the author, on request. Moreover, the purchaser may specify a personalised dedication for no additional charge. To order, simply visit us at www.eglestonphotography.com or telephone 00 353 61 413886. Price €40 including post and packaging.